Reflecting On "An Inspector Calls" 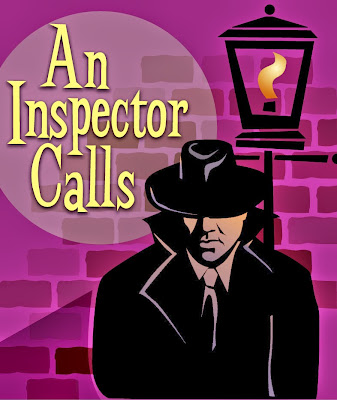 J.B. Priestly’s most famous play, “An Inspector Calls,” has long been considered an expression of Priestly’s strong (if naive) socialist views. There was certainly a reason, for instance, that the play was considered inappropriate for wartime Britain and therefore made its 1945 debut…in the Soviet Union.

However, despite what unfair hatred Priestly felt for the British upper class, for capitalism, and for individualism, “An Inspector Calls” still stands as an excellent drawing room drama, one that effectively explores morality, responsibility, self-deception, and the virtue of mercy. Left-leaning politicos will certainly find their presuppositions encouraged by the play, but I would suggest that the grievous faults revealed in the wealthy and self-centered family of the Birlings are not products of a political class. No, they are sins — sins of the classic biblical description: greed, sloth, pride, lust, envy, wrath, and gluttony. These originate not from politics or class but from the fall of Adam.

Remembering the awful reality of the human condition (“All have sinned and come short of the glory of God”) provides the clearest and most beneficial perspective of “An Inspector Calls.” Indeed, it allows the audience to appreciate the most important elements of the final scenes.

Like often happens when an artist effectively captures reality, he presents a work that goes beyond his own philosophic prejudices. And this is what happened to J.B. Priestly in “An Inspector Calls.” Though the playwright may have been aiming only at a political target, he managed to hit something truer and more universal.

I write these thoughts because Claire and I enjoyed watching a 1982 BBC production of “An Inspector Calls” on YouTube the other night. And we think you might find it an interesting, stimulating experience too.
Posted by DH at 6:08 AM