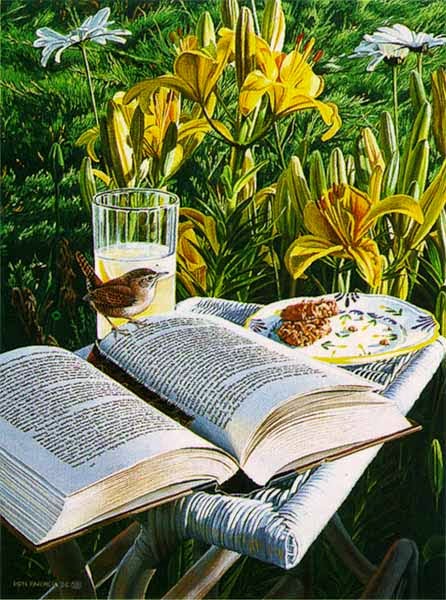 Among the learning, stretching, encouraging things that Vital Signs Ministries has been offering lately are 1) a reading/discussion regimen involving the authors C.S. Lewis, Randy Alcorn, Jarram Barrs, and Howard Hendricks. And 2) a listening/discussion regimen which features four of the general session lectures from the recent conference sponsored by the Rochester L'Abri.

Here's how they each work.

A few friends of Vital Signs have joined several people from Faith Bible Church in a commitment to one of two reading tracks. They are both quite different but some have actually signed up for both. The first track is reading the seven short books of C. S. Lewis' The Chronicles of Narnia. The schedule calls for us to be finished with the first three by the end of May and the next four by the first of September. And as a reward of sorts, we are having a barbecue dinner for participants at the end of both.

The listening/discussion project involving the L'Abri lectures is a different kind of thing. We began last Monday night with 7 people listening to an audio tape of “The Biblical Basis for True Spirituality” by Jerram Barrs. We had some notes prepared but those sheets then served to encourage the listeners to take their own notes too. And the resultant discussion over coffee and dessert was very stimulating and helpful.

Tonight we will listen to “Spirituality According to Francis Schaeffer” by Bill Edgar. It looks like we will have 13 or 14 crowding into our living and dining rooms tonight for that one. And then there will be “Three Theories of Everything” by Ellis Potter as the lecture for April 21st and we will finish off on April 28th with “The Christian Life: An Other-Centered Walk” by Dick Keyes.

At Vital Signs, we know that the Christian must never stop growing. And reading great books, listening to fine lectures and sermons, and discussing these matters with stimulating, trustworthy friends are excellent paths to growth. So let us know if you would like to be involved in such activities in the future. And, as a matter of fact, it's not too late to be involved in these! Contact us at vitalsigns@vitalsignsministries.org