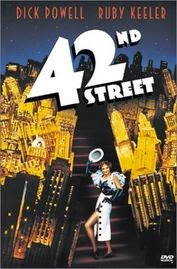 In this month's volume of "When Swing Was King," our ministry in nursing homes and senior living centers which combines original big band music, hundreds of photographs, an interesting and fun commentary, and (most important of all) the development of personal friendships, we include in the mix of 12 songs a lively recording of "42nd Street" by Tommy and Jimmy Dorsey.

It's a terrific song, instruments only. But we know the lyrics well from a homemade recording we have enjoyed for years of Vince Giordano and the Nighthawks in a New York nightclub. The vocalist in that performance was Vince Fitzpatrick, a fellow who we came to know later as a good friend and pro-life colleague in the Washington area. He is now known, by the way, as Father Vince Fitzpatrick. That's right; Vince went from nightclub crooner to becoming a Roman Catholic priest. Great story, right. 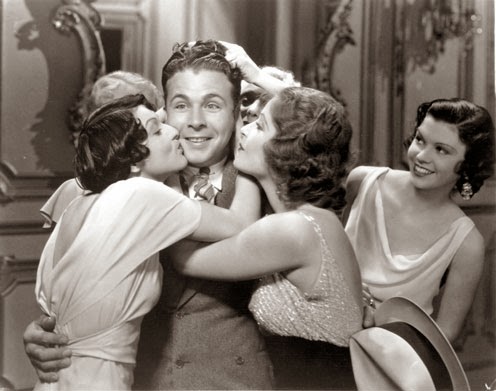 After last Thursday's "WSWK" presentation at Immanuel Assisted Living Center, I decided to see if the film version of "42nd Street" (made way back in 1933) was available anywhere. And it was -- right here on Amazon for a $1.99 rental.

We found the movie fascinating, much more profound and compelling than what we were expecting from a musical. Yes, there were big and elaborate musical numbers from Busby Berkely and featuring the talents of Ruby Keeler, Dick Powell, and Ginger Rogers in the chorus. But the primary plot of the film was quite serious with themes of love, ambition, despair, and jealousy front and center. We were particularly impressed with the characters of Julian Marsh (played frantically by Warner Baxter), the doe-eyed innocent (Ruby Keeler) and the much abused stage manager (George E. Stone.)

The movie was based upon a novel by Bradford Ropes (forget about it -- a copy is available on eBay, but starting at $1,500) but the film follows Ropes' basic plan. It shows the plight of successful Broadway director Julian Marsh. Marsh was the Great White Way's biggest light but he has lost his fortune in the stock market and is desperate to mount a successful stage production of a musical extravaganza. But it won't be easy. It's the Great Depression. And he's broke and physically ill. Will he even survive? 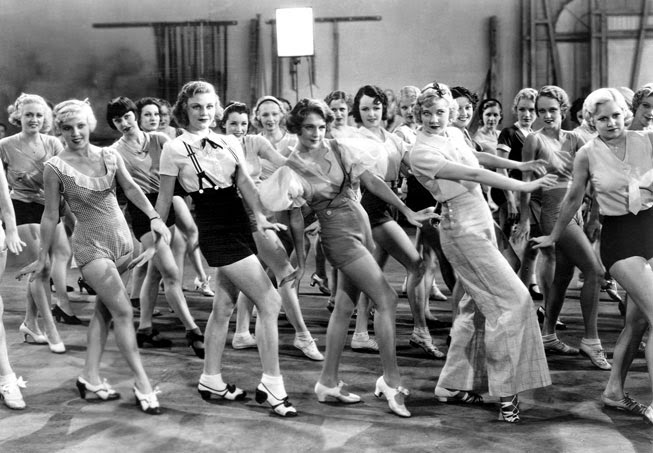 The leading lady (with a real prima donna attitude) is in love with a broken down vaudeville player, her former partner. But she must hide that relationship as she pretends to be sweet on a rich rube who is the play's angel. In fact, mobsters are called in to drive her real lover out of town to protect the show's interests. But that's not all. There's an intriguing subplot involving the talented rookie (Ruby Keeler) and the romantic juvenile (Dick Powell), a raft of clever one-liners from Una Merkel, Ginger Rogers and company, and then those remarkable big stage musical numbers.

We loved "42nd Street" and may well travel it again with friends soon.

Here's just one scene as a teaser. I'm sorry, it's colorized but don't worry. The Amazon film is in its original black and white.