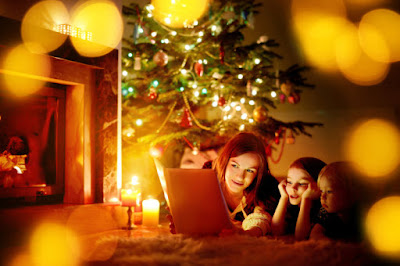 I recently read through a couple of lists representing recommended Christmas reading for kids. I'm afraid I didn’t care for either list.

So, I thought I’d drop a few hints myself.  Ready?

For little kids (of all ages), you can't go wrong with the Winnie the Pooh books by A.A. Milne; the Freddy the Pig series by Walter Brooks; The Wind in the Willows by Kenneth Grahame; the collected fairy tales of the Brothers Grimm; or stories about such heroes as Robin Hood and the Knights of the Round Table.

By the time they are in their mid teens, let's hope they've become acquainted with J.R.R. Tolkien; Randy Alcorn's fiction; G.K. Chesterton's poetry and his Father Brown series; Louisa May Alcott; G.A. Henty; Charles Dickens; Alexandre Dumas; Thor Heyerdahl; Rafael Sabatini; and plenty of history books. In the latter category, please be sure and include Shelby Foote, Samuel Eliot Morrison and Walter Lord.

Happy Christmas shopping. And don't feel bad that you're going to go out and order the books for your kids that you really want to read too! Literature should promote sharing!
Posted by DH at 8:39 AM