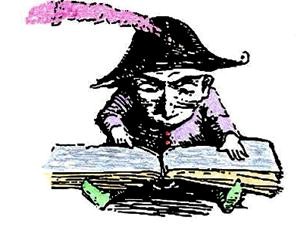 I'm afraid that I read fewer books in 2011 than in probably any of the preceding 25 years or so.  A much-changed schedule, especially dictated by my mother’s condition and then the activities surrounding her long hospitalization and funeral in Colorado, made serious reading a rather rare thing.  I even missed several assignments of our monthly book club this year.

The reading list of 2011 totaled only 40 books and it included included the re-readings of several favorite pleasure books (novels by John Buchan, Dorothy Sayers, G.K. Chesterton, C.S. Lewis, Helen MacInnes, P.D. James) and the Notting Hill Napoleons’ selections.  Of the latter, however, there were only a few books I especially liked this year.  They would be Jeff Shaara’s Rise to Rebellion and The Glorious Cause, Rafael Sabatini’s The Lost King, Nevil Shute’s The Breaking Wave, and Charles Dickens’ Pickwick Papers.

There were some other gems from 2011 though.  Early in the year came Jack Niewold’s A Frail Web of Intention, a combination of autobiography, spiritual memoir and cultural history. You can read my review of the book on the Amazon page I link you to here.  It was a very provocative book from a fellow I’ve come to respect and like.  In April there was Laura Hillenbrand’s exquisite WWII history, Unbroken: A World War II Story of Survival, Resilience, and Redemption – a fabulously interesting and inspiring story.  I also found Anna Segher’s novel about an escapee from a Nazi prison camp extremely touching and insightful.  I came across The Seventh Cross at an old book store last year (The book was first published in 1942) and I’m so glad I did. All of the above I'd give 5 stars.

Also in the mix this last year were a couple by Evelyn Waugh, Scoop and Those Vile Bodies.  I liked them both.  But another I read around the same time was uneven, philosophically weak, grimly depressing.  That book was Max Miller’s I Cover the Waterfront.

1961: The Inside Story of the Maris-Mantle Home Run Chase by Phil Pepe was quite interesting and so too was Jerry C. Davis’ History of the College of the Ozarks, Miracle of the Ozarks: The Inspiring Story of Faith, Hope and Hard Work U.  But even more enjoyable were the re-reading of a few treasures – Richard Adams’ Watership Down, Charles Dickens’ The Old Curiosity Shop, and Thor Heyerdall’s Kon Tiki.

And before I close, there’s one more book from 2011 that deserves special mention. It’s How Does a Christian Profit from Tough Economic Times?  If you’re figuring that this doesn’t sound like the kind of book I’d be reading, you’d be right.  And I wouldn’t have looked twice at the book had I not noticed the author – Fr. Val Peter, the Executive Director Emeritus of Boy’s Town and an old friend and pro-life colleague.  I didn’t think Fr. Peter would be giving out advice about how to enlarge (or even protect) one’s portfolio and, sure enough, he didn't.  Indeed, the book is a spiritual treatise on the culture bred by materialism.

Fr. Peter is a hard but fair and illuminating critic of selfishness, the sense of entitlement, debt, lotteries, credit card dependence and the various financial immoralities indulged in by Wall Street, Madison Avenue, Hollywood and Washington, D.C.  As correctives, Fr. Peter points to spiritual health, giving, family togetherness, thrift, patience, simplified lifestyles and public virtue.  It’s a short book but an excellent one – and, in those brief pages, he packed as much food for thought as almost anything else I read this year.

So, there (excluding the reading I must do for Vital Signs Blog and the various studies in preparation for Sunday's sermons) is my 2011 reading in quick review. Feel free to send along any gems (or clunkers) from your experiences too. I'd love to read -- and share -- them.
Posted by DH at 10:37 AM