The Best Biblical Movie Ever? 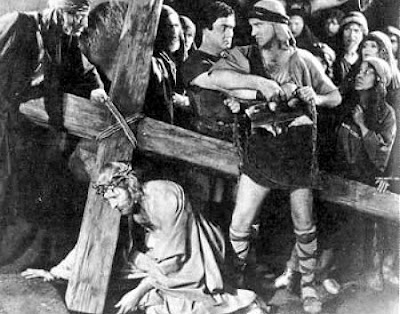 Most people think of director Cecil B. DeMille in connection with the film “The Ten Commandments,” and rightly so. It is considered by many to be the greatest of all biblically based epic films. But there was another, earlier film for which he deserves to be remembered—perhaps even more so than for “The Ten Commandments.”

That film is “The King of Kings,” which was released in 1927. Though a silent film, few motion pictures have spoken so powerfully, for so long, to so many. Newly remastered as part of the distinguished cinematic series, The Criterion Collection, motion picture historians have written that during the creation of this film, DeMille was allowed to work “with one of the biggest budgets in Hollywood history, DeMille spun the life and Passion of Christ into a silent-era blockbuster. Featuring text drawn directly from the Bible, a cast of thousands . . . The King of Kings is at once spectacular and deeply reverent—part Gospel, part Technicolor epic.”

Blockbuster though it may have been upon its initial release, “The King of Kings” became a blockbuster of a wholly different order of magnitude in the years following. Writing in the Wall Street Journal in the spring of 2011, educator and author John Murray has said that “because it was produced as a silent film, Protestant and Catholic missionaries alike were able to use [“The King of Kings”] for decades to share the Gospel with non-English-speaking peoples.” This led to an absolutely astounding statistic. Given this set of circumstances, viewership of “The King of Kings” was “estimated at over 800 million people by 1959.”

Murray then goes on to state that “the most powerful story related by DeMille in his autobiography about the influence of ‘The King of Kings’ involved a Polish man named William E. Wallner.” The story that Wallner had to tell was a harrowing one….

Read the rest of this extremely interesting and uplifting report of “The King of Kings” and its spiritual impact here at BreakPoint. And note that this post is but an excerpt of Kevin Belmonte’s book, Miraculous: A Fascinating History of Signs, Wonders, and Miracles.
Posted by DH at 10:50 AM