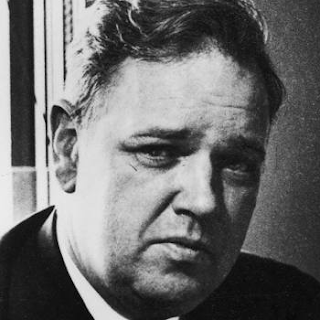 After reading Witness, Henry Luce told his old friend [William F. Buckley] that “If you could write ‘fiction’ as well as you can write history — and maybe you could! — you would be one of the great novelists.” It is indeed true that, for some two-thirds of its length, Witness does read like a novel: a non-fiction novel of ideas, as Truman Capote might have put it. (And it is a measure of the book’s effectiveness on this level that the reader perceives the change in tone when Chambers takes up the HUAC hearings of 1948 and their aftermath as a jarring discontinuity in the artistic unity of the book.) Taking a cue from Chambers, one might also describe Witness as a lyric meditation on the plight of Western man via synecdoche, with the fate of one uniquely placed individual being made to serve as a symbol of the battle between faith in man and faith in God.

For, despite the artifices of its construction, Witness is above all a book about spiritual imperatives. “How odd,” Chambers wrote in 1954, “that most of the world seems to have missed the point in Witness” — though Chambers surely knew perfectly well that it was not “odd” at all.

“. . . it seems to suppose that I said: ‘Destroy Communism and you can go back to business as usual.’ Of course, what I really said was: ‘This struggle is universal and mortal, and only by means of it, on condition that you are willing to die that your faith may live, can you conceivably recover the greatness which is in the souls of men.’”

This key insight — that there is no meaningful secular alternative to Communism — informs each page of Witness; and it is because of this radical view that what Chambers had to say was unintelligible to the majority of his critics. It is impossible to imagine a Dwight Mac­donald or a Merle Miller being able to deal other than derisively with a passage such as this: “There has never been a society or a nation without God. But history is cluttered with the wreckage of nations that became indifferent to God, and died.” One might as well expect a tone-deaf man to take up music criticism; and so Witness, an extraordinary testament to the courage and wisdom of its author, was dismissed as “egotistical” and “melodramatic” by an entire generation of intellectuals desperately in need of its unpleasant truths.

(From Terry Teachout's essay, "The Man Who Heard Screams." This essay was reprinted last month in National Review after it had first appeared in the February 5, 1982, issue.)

As you'll see after reading the whole thing, Teachout's essay hasn't lost any of its punch. In fact, reading it has motivated me to put Witness, which years ago provided one of the most productive Book It! discussions we've ever had, back onto my Must Re-Read list. Want to join me?
Posted by DH at 11:29 AM